Alexandria Restaurant Partners (ARP) plans to open two new waterfront restaurants soon in Old Town Alexandria. Barca Wine and Bar and Ada’s on the River will be their flagship restaurants, chosen out of a list of ten restaurants. Barca, meaning “boat” in Spanish, will be a wine, tapas, and charcuterie bar. Barca’s will include an outdoor extension that offers seating on the pier.  Ada’s will be a larger restaurant, serving woodfire food such as steak, seafood, and grilled vegetables. These establishments will be designed with a relaxed, California-vibe atmosphere in mind.

When this project began in 2019, ARP hired Gage Construction Company to oversee the restaurants’ construction.  Lance, Gage’s Senior Project Manager, had already decided to use Harvey Hottel for Plumbing, even though other companies had submitted bids.  Lance felt confident in Hottel’s work because of previous project experience.  Gage Construction and Hottel worked together on Joe Theismann’s Restaurant in Alexandria, Virginia.  According to Lance, the Thiesmann project was very challenging because the restaurant only closed for four days during the four-month construction period.  Daryl and Leo, from Harvey Hottel, scheduled teams to work odd hours, so that the work could be completed with minimal disruption to the restaurant.  This began the great working relationship between Gage Construction and Harvey Hottel employees.

Barca Wine and Bar and Ada’s on the River came with a different set of challenges for the Hottel teams.  The project was both a design build, requiring a great deal of coordination with all of the other contractors. “We ended up working with Leo (Hottel Field Superintendent) very closely and really teaming up on getting everything done. Also, the other contractors worked well with us. The ceiling looked like spaghetti; it was so jam packed. It took a lot of coordination. Again, working with Harvey Hottel there’s never been an issue. We have asked a lot from Hottel on both projects, and they always show up with a smile on their face,” Lance described.

The smaller Barca restaurant on the pier was a challenging project for Hottel, because there were significant modifications.  During the design process, everyone realized that the containers were set too high and needed to be lowered. Due to the fact that there was limited room underneath for plumbing, 12-inch holes were drilled through the concrete to have the traps countersunk into the holes of the pier.  Daryl, Manager of Hottel’s Plumbing Department, mentioned that they had done this before, but not on a pier in the middle of water! It was a cool and unique learning experience.

Lance made a point to bring up that there were some challenging issues that Gage Construction really looked to Hottel for their expertise. Specifically, the design originally had all the gas lines for the outdoor heaters in an accessible trench, which was not possible because there was so much concrete. Gage, Hottel, and the other contractors brainstormed for a creative way to run gas lines. Fortunately, everyone worked together to form a new design that was approved, allowing the project to move forward.   Lance noted, “That is typical on how we work together, and you need to have that creative problem solving with whoever you work with. Our personalities also work well together and that’s a huge reason on why I keep going back to Hottel. It’s because I know what they are capable of.”

Lance, Daryl, and Leo have built a strong relationship and now friendships, which is what allows them to work so well together. They are not afraid to roll their sleeves up and get involved.  Additionally, Daryl emphasized on how many of these jobs would not be possible without Leo on the team. Leo and the other guys will work whatever hours needed. As Daryl concluded, “Leo and his team had completed everything by end of day. Leo goes above and beyond to make sure these projects go well. He is a very smart man and deserves a lot of credit.” 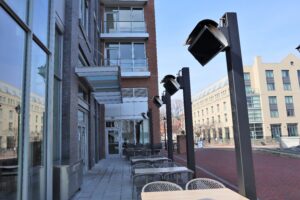 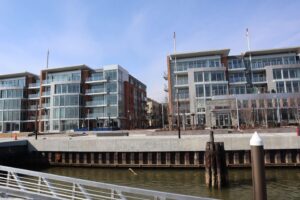 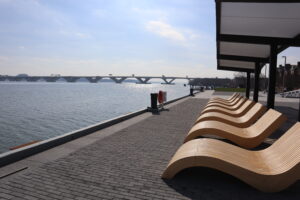